Birth control pioneer: Mary Kenner (and why we should stan) 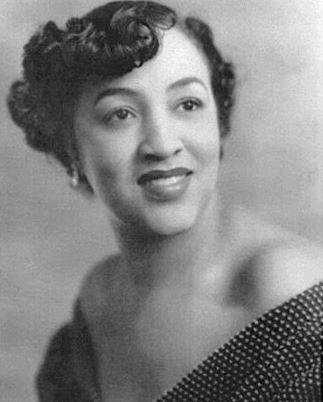 How Mary Kenner changed the world of feminine hygiene.

Mary Beatrice Davidson Kenner is the person responsible for inventing the sanitary belt, a device which paved the way for female menstrual health products. She made it easier for females to be able to carry on with their day-to-day lives when on their period, without the worry of leaking.

However, as an African American woman living in the 20th century, Kenner was turned away by several potential buyers who showed interest but backed out when they found out she was black. As someone with a passion for making things easier for people, Kenner persevered, but it wasn’t until 30 years later that her invention was patented. A patent is a license conferring a right to exclude others from making and selling the same invention, effectively copywriting the product.
Here, The Lowdown explains why we should stan*.

Kenner was born into a family of inventors in Charlotte, North Carolina in 1912. Her father, Sidney Nathanial Davidson, whom she later credited for her interest in discovery, patented a clothing press to fit in suitcases. Her grandfather invented a light signal for trains; however, his invention was stolen from him. Meanwhile, her sister invented and sold board games.
Kenner was known to have an eye for making daily activities and tasks easier. When she was six, she helped her mother invent a device to stop their noisy front door from squeaking. Her mother left for work very early in the morning and so Kenner found a solution for her to be able to leave the house peacefully without worrying about waking everyone up.
Her family moved to Washington when she was 12 years old and here Kenner would walk the halls of the United States patent and Trademark Office, a federal agency for granting trademarks to inventors, to see if any of her ideas for inventions had already been used.  As it turns out, many of her ideas were original.

In 1931, she graduated from high school and started at Howard University, but due to financial difficulties, she was forced to drop out. Following this, she took odd jobs here and there (like babysitting), before landing a position as a federal employee for the government. Driven by a love for inventing, she still continued to work on projects at home.

Kenner came up with the idea of the sanitary belt in the 1920s. The belt came at a time when female health products were still a taboo subject in America. Tampons were a no-no (even though they existed) and sanitary towels were hard to get hold of and were often expensive. Many females were also still using cloth pads and rags.

One of the obstacles Kenner faced in getting the sanitary belt out there was the issue of getting a patent. These were expensive for people during that time and even today, one could cost several hundred [US] dollars. Frustratingly, patents have an expiry date, meaning that eventually, the product it was protecting will be able to be sold by other companies without the inventor being recognised. It wasn’t until 1957 that Kenner had saved up enough money to buy her first-ever patent for the belt.

Kenner’s invention made it easier for females and ensured menstrual blood would not leak and stain clothes. The technology included a moisture-proof sealed pocket and was unlike anything else seen during that time. Her invention also led to the creation of the maxi pad in the 1960s.
With Kenner’s sanitary belt, people could go out confidently.

Another obstacle Kenner faced throughout her career was racism. She put her idea forward to several companies in the hope one of them would buy and manufacture her product. A company called Sonn-Nap-Pack Company showed interest in Kenner, but upon meeting her in person to discuss terms, they rejected the belt as soon as they saw she was black. America in the 1950s was an extremely toxic and difficult environment for black people. Black and white people lived very separate lives, and privileges and advantages that were allowed for white people were usually denied for black people.

Racism and prejudice against Kenner made it extremely difficult to sell her product which would help levy her invention. Unfortunately, because companies were so reluctant to work with her, her patent expired, allowing manufacturers and buyers to use the sanitary belt and sell it off as their own. This sadly meant that Kenner never actually made any money from the sanitary belt herself.

The belt was a revelation for female hygiene during a time when they had limited options and while females were enjoying using the new product, its inventor became a florist and opened her own shop. Kenner worked as a florist for more than two decades and ended up having four flower shops scattered around Washington DC.

Despite the frustration of not being recognised for her invention, Kenner’s passion for creativity stayed alive and she continued to invent things later on in her life.

In 1976, when her sister became sick with multiple sclerosis, Kenner successfully patented a serving tray that would attach to her wheelchair. Not only that but in the late seventies, Kenner won a patent for a toilet-tissue holder which gave people access to the loose end of a roll. It was designed to be more accessible to visually impaired people and people with arthritis.

Kenner won her fifth and final patent in 1987 for a back washer. This was an invention that could be easily mounted onto a shower wall or bath and would allow people to wash hard-to-reach areas.

Undeterred by her setbacks, Kenner ended up filing five patents during her lifetime, more than any other African American woman. She certainly changed the way society views female hygiene and made it easier for people to handle many day-to-day tasks.

To stan: To be a huge fan of or express extreme support for something or someone.