Why do I bleed after sex? Causes, treatment and when to call your GP

👇 Bleeding after sex on the pill

👇Bleeding after sex with a coil

Bleeding after sex, also known as post-coital bleeding, is in most cases nothing to worry about. But in some rare cases, it may be a sign of something more serious and should be explored further by a health professional like your GP.

There are quite a few reasons why you may bleed after (or during) intercourse; from lack of lubrication to having an STI. Vaginal bleeding can present as a brown or pink discharge, or light ‘spotting’ of blood – which as the name suggests, is when small spots of blood are found in your underwear or on your toilet paper.

Navigating bleeding and contraception can be confusing, but it doesn’t have to be! If you‘d like to chat to one of The Lowdown’s doctors about your experience with bleeding after sex on the pill or coil, you can make an appointment here. 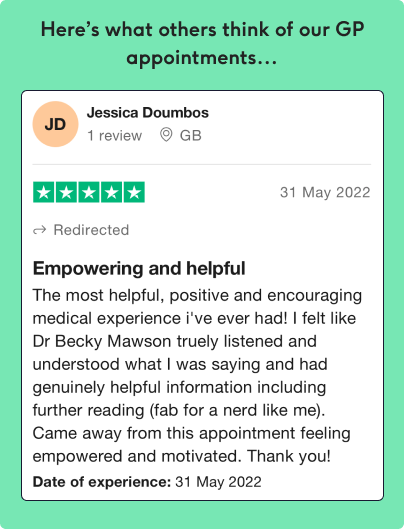 Read on to discover the possible reasons for blood after sex and when you should seek medical advice.

What are the causes of bleeding after sex and is it normal?

So what are the most common reasons for bleeding after or during sex? Well, there’s a few. Some are common and can be treated at home, while some may require you to visit a doctor for an examination.

If you have other symptoms as well as vaginal bleeding after sex (such as pain during intercourse or in your pelvis), it’s best to get it checked out by a medical professional. 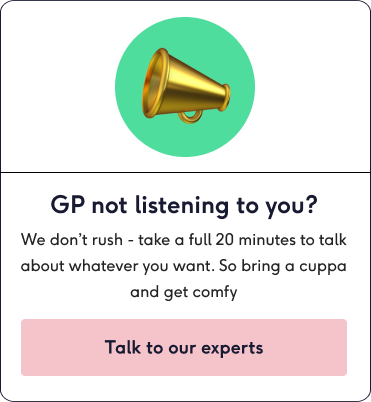 Is it normal to bleed after having sex for the first time?

It is perfectly normal to experience some light vaginal bleeding after the first time you have sex, although not everyone will.

If you’re concerned about bleeding after the first time you have sex, speak to your GP, or make an appointment at a sexual health clinic.

Bleeding during or after sex on the pill? Here’s why…

Certain types of contraception or birth control may cause bleeding, or brown/pink discharge at irregular times of the month, which may coincide with sexual intercourse. Many Lowdown users have reported spotting or bleeding on the pill. In particular, those who use the progestogen-only pills (mini pills) like Cerazette or Noriday.

Often bleeding will settle after the first 3 months of use. If you experience persistent irregular bleeding beyond this time, a change in the pattern of bleeding, or persistent post-coital (after sex) bleeding, then speak to your doctor or healthcare professional.

Another potential cause of bleeding during sex is cervical ectropion. In short, this is when the soft cells on the inside of your cervix (neck of the womb) begin to grow on the outside of the cervix. The soft cells produce more mucus and bleed easily on contact or if hit by something (yep, that includes a penis), whereas the normal outside cells offer more protection, and are less likely to bleed if knocked. The chances of developing cervical ectropion is increased for those using combined hormonal contraception, like the combined pill, as the changes in these cells are driven by oestrogen. 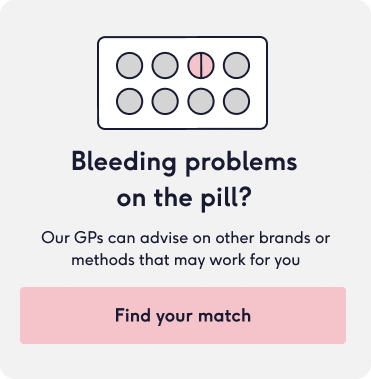 Some Lowdown users also report vaginal dryness as a side effect of the combined and progestogen-only pills, which can in turn cause bleeding after sex due to lack of natural lubrication inside the vagina. Lube up, people!

Bleeding after sex with a coil

Erratic bleeding or spotting after having an IUD or IUS fitted can be an initial side effect – whether immediately or the morning after. Sex should be avoided for 24 hours after coil insertion (sorry, we don’t make the rules) to help it settle in and prevent it from moving, being dislodged or bleeding.

If you experience bleeding during or after sex with the IUS, like the Mirena coil, or IUD for more than three months after having it fitted, or notice a change to your bleeding pattern, speak to your GP to rule out any of the causes mentioned above.

Be vigilant about any unexpected, prolonged changes to your bleeding pattern. Consider taking STI and pregnancy tests, make sure you’re up to date with your latest cervical smear, or book to see your GP or sexual health clinic for an internal examination if you’re unable to link the cause of bleeding to your IUD. 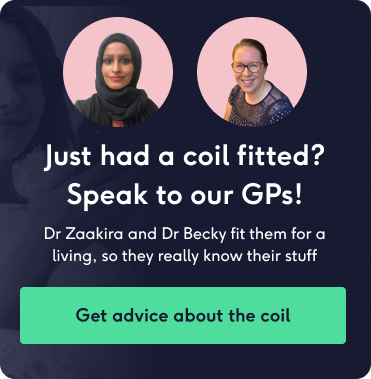 During pregnancy, your body goes through a variety of changes, particularly your cervix. You may experience a pinkish or brown discharge or some blood spotting after sex during the first few months of your pregnancy. This may happen due to the developing embryo implanting itself in the wall of your womb and bleeding may occur when your period would have been due.

If you are concerned about unexpected bleeding and there’s a chance you could be pregnant, take a pregnancy test and contact your GP.

If bleeding after sex becomes more than just spotting or brown/pink discharge, or starts to become heavy with clots, or you have any additional symptoms such as tummy, pelvic, chest or shoulder pain, lightheadedness or breathlessness, you should seek urgent medical care.

Postmenopausal and bleeding after sex: should I call a doctor?

Oestrogen is what keeps your vaginal tissues healthy, so when a woman’s oestrogen levels drop during the menopause it can cause the vaginal walls to become thin, dry and inflamed. This is known as genitourinary syndrome of the menopause (GSM) or vaginal atrophy. Therefore when a woman has sex it can often lead to bleeding. Using a lubricant will help, but if the problem persists, or occurs at other times not in relation to sex, then make an appointment with your doctor.

When to see a doctor for spotting or bleeding after sex?

Ultimately, the cause of post-sex bleeding can vary. Minor spotting or bleeding that goes away quickly is very common, and you may not need to see a doctor. However you should consider the need for pregnancy and STI tests to rule these out as the cause of bleeding.

If you have prolonged and persistent bleeding, or bleed every time after sex, then you should contact your GP, who will examine your cervix and investigate for more serious causes.

If you have a normal cervix on examination but continue to bleed after sex, or your cervix looks abnormal, then your GP may refer you to a colposcopy clinic, where you will have a more detailed examination of the cervix.

It’s important to remember that if you have noticed delayed bleeding after sex, such as the day after or in the days following, this may not be related. You could be experiencing ovulation bleeding, or an irregular menstrual cycle, but it’s important to follow the guidance above, to rule out other more serious causes of bleeding. You can also book an appointment with our friendly doctors if you need advice. 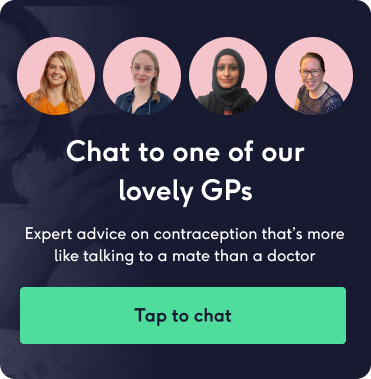 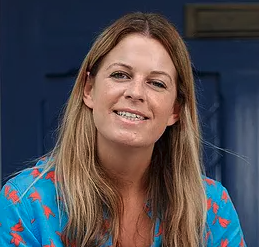