IBS and the pill: best contraception for babes with digestive issues 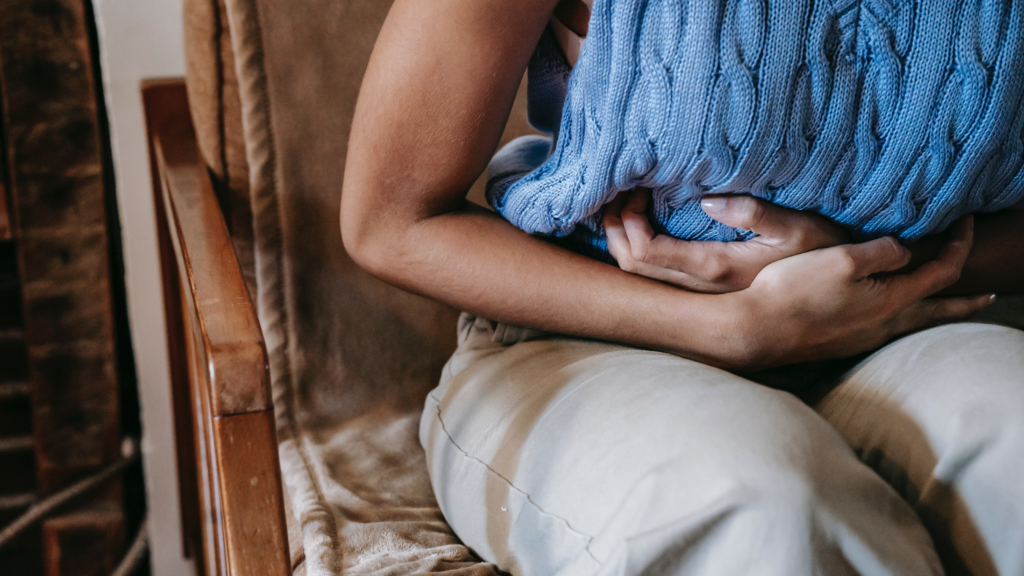 Hot babes can have all sorts of digestive issues, but two of the most common are Irritable Bowel Syndrome (IBS) and Inflammatory Bowel Disease (IBD).

Hot babes can have all sorts of digestive issues, but two of the most common are Irritable Bowel Syndrome (IBS) and Inflammatory Bowel Disease (IBD). Someone decided to make their names similar and they are easy to mix up so here’s the lowdown on their differences.

Usually when something is called a ‘syndrome’ – that means it’s a collection of symptoms, and each person can have some or all of those symptoms to varying degrees of severity. For IBS these symptoms come about because of your normal digestion being disrupted, such as:

Sometimes, digestion will go into overdrive and move so fast that you can’t absorb the nutrients from your food – think post espresso diarrhoea. Other times it gets painfully sluggish and slow – think bloating and constipation – either way, it’s no fun.

IBD, or Inflammatory Bowel Disease, sounds similar but is quite different – as the name suggests IBD involves inflammation of the bowel. There are two types of IBD; Crohns – which can affect any part of the digestive tract, and Ulcerative Colitis – which only affects the large intestine. These two conditions have slightly different symptoms but both involve:

IBS and IBD can both be eased or worsened by certain triggers, but IBD can have a genetic factor as well, so your doctor may ask about your family history to help guide a diagnosis.

If you are concerned you might have IBD, speak to your doctor and check the NHS website for more detailed signs and symptoms.

So what does the pill have to do with this?

Contraceptive pills contain oestrogen and progestogen to prevent ovulation, or progestogen alone – and these hormones also have an impact on our digestive system.

Found in the combined contraceptive pill, oestrogen can cause nausea, or make it worse if you already experience it. This is especially true when you first start taking the pill, and for some people the nausea can pass after a few months of taking the pill – or be minimised by taking it at night or with food. However remember a common cause of nausea is pregnancy, so if this is a new symptom consider doing a pregnancy test.

Oestrogen also slows down the movement of your gut, so it takes much longer for things to move along and out. This means bloating, constipation and discomfort can be more likely.

There is also a relationship between the oestrogen we produce and the good bacteria that live in our gut (microbiome) – it’s plausible that the microbiome could also be affected by oestrogen taken in the pill, but we don’t know for sure at this stage.

A synthetic version of the naturally occurring hormone progesterone; progestogen is found in the combined pill, and the mini/POP Pill. It can slow down digestion as it relaxes the smooth muscle of the gut, sometimes a little too much, which can cause constipation and bloating.

Can the pill cause digestive problems?

Well we know that these hormones can be associated with issues for the gut, and it is reflected in our Lowdown reviews that digestive issues can crop up or be made worse by the pill. However, it seems to vary quite a lot depending on the brand and the person taking them.

For example, some people found that taking the pill before bed helped with the nausea side effect, but for some the nausea was so bad it would wake them up if they took their pill before bed. Check out our guidance for changing the time you take your pill if you think this may help your nausea.

Lottie Drynan, author of My Tummy Diary and all round IBS babe, says: “I’d say the first month or so of being on the pill, my bloating was INTENSE. And my bowel movements were all over the place – mainly constipation. After a couple of months, it really settled down and despite never being so stressed due to renovating my house, my IBS has never been better. My tummy feels more settled, I’m completely regular (which I’ve never been before) and I only really get bloated just before my period or if something actually triggers me rather than just that random unexplainable daily bloat!”

While Lottie noticed an improvement to her digestion with the pill, we’ve collected some Lowdown reviews that do highlight digestive issues – as always, everyone is different and you may not experience any issues at all!

Always seek medical advice for digestive problems that are severe, ongoing or which worry you.

Can birth control cause IBS?

In short, no. IBS is caused by a combination of factors, such as how sensitive you are to certain foods, caffeine and alcohol, how your body responds to stress, and yes hormones as well – but taking the pill alone cannot cause IBS.

Does the pill make IBS worse though? Well, it may do in some people, and may depend on the type of pill you take. Same goes for IBD – your symptoms could be affected, but the pill can’t cause you to develop IBD.

Why it’s important to talk about IBS and pill effectiveness

Because the pill is swallowed and absorbed through the digestive system, if you’re having digestive issues because of IBS or IBD, the pill may not be absorbed properly, and so may not be as effective as it could be. For example – nausea and vomiting from food poisoning could have you throwing up your pill without realising – and then you’re not protected from pregnancy.

What to do if you have vomiting and diarrhoea while on the pill:

If this is happening – the effectiveness of your contraceptive pill could be impacted – you may need to bring in another measure to prevent pregnancy.

The NHS guidelines for when your pill is likely to be effected, and what to do include:

Although, to be honest, you probably won’t be in the mood in between all of that vomiting and diarrhoea…

If you think you could have had sex while your pill wasn’t effective, emergency contraception may be necessary, either in the form of a morning after pill, or if you’re still experiencing vomiting or diarrhoea the copper coil can be fitted to prevent pregnancy.

If you have IBS or IBD you’ll know that keeping your diet, exercise and stress levels in the right balance to keep your tummy happy can feel like a big task. You may have plenty of doctors appointments and medications to take already and the idea of figuring out your contraception on top of that is just another thing to juggle.

Don’t worry, we’ve got you – here are some alternatives to the pill that may suit you better.

If you want to keep taking a pill, you may want to opt for a brand with a lower dose of oestrogen, try taking it with food or just before bed to minimise any nausea side effects. A progestogen-only pill is another option to avoid nausea – and remember, for any new pill you try, give yourself 3 months to get used to it to get a good idea of whether it suits you.

Whether this is condoms, female condoms or a cap/diaphragm, the barrier method is a contraceptive that doesn’t involve hormones at all, so won’t affect/be affected by any digestive issues. Condoms also have the benefit of protecting against STIs.

If you often experience digestive issues due to IBD, IBS or anything else – opting a method of contraception that doesn’t go through your digestive system can reduce any impact the hormones may have on you digestion, and it can be comforting to know the effectiveness of the contraception won’t be affected by vomiting or diarrhoea.

The vaginal ring, or NuvaRing, is a flexible plastic ring that you put in the vagina, where it releases oestrogen and progestogen to prevent pregnancy. The effectiveness (99%) of the ring is not affected by digestive issues such as vomiting or diarrhea. Each ring lasts three weeks and once it’s in, you don’t have to think about it. With a 3 star Lowdown rating, check out our vaginal ring reviews.

The contraceptive patch goes on the skin and releases oestrogen and progestogen – you put a new one on every week and they stay on through showers, baths, swimming etc.

The copper coil, AKA the intrauterine device (IUD), is a hormone free option that is inserted into the womb/uterus and lasts 5 to 10 years. It works by releasing tiny amounts of copper, which prompts your uterus to produce chemicals that affect sperm motility and cervical mucus, and prevents egg fertilisation and, possibly, implantation.

The hormonal coil, AKA the intrauterine system (IUS), is a little T-shaped device that sits in the womb and releases progestogen to prevent pregnancy. Depending on the brand it can last from 3 to 6 years and can be fitted by a doctor or nurse.

The implant is a small flexible plastic rod that is put under the skin in your upper arm. It releases the hormone progestogen gradually into your bloodstream. It is effective for 3 years and can be fitted by a doctor or nurse.

Can I use emergency contraception if I have IBS?

IBS, IBD and contraception vary so much based on the person, so it’s worth looking through our reviews for each method, and filter by side effects. Don’t be afraid to ask your GP about switching to a different method that might suit you better. Or, you could book an appointment with one of The Lowdown’s friendly team of women’s health GPs for advice on switching contraception – they specialise in contraception and really know their stuff.

For more help choosing a contraceptive method that might work best for you, The Lowdown’s contraception recommender is also a massive time saver.

Take a look at Alysia’s story: an IBD sufferer and big fan of the coil, she tells The Lowdown about her journey to the best contraception for her. 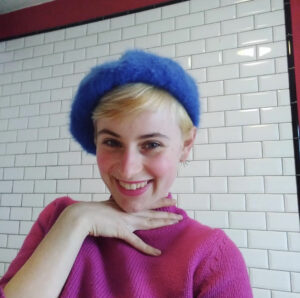 Kimberley has medical bachelor from the University of Groningen, Netherlands, and completed their final year thesis on Sex Education. They are now a matchmaker for LGBTQ+ people in London, and especially love writing about queer health. Inclusive language and queer-specific topics are very important to them, making sure The Lowdown can serve all women and people with vaginas/uteruses/ovaries.