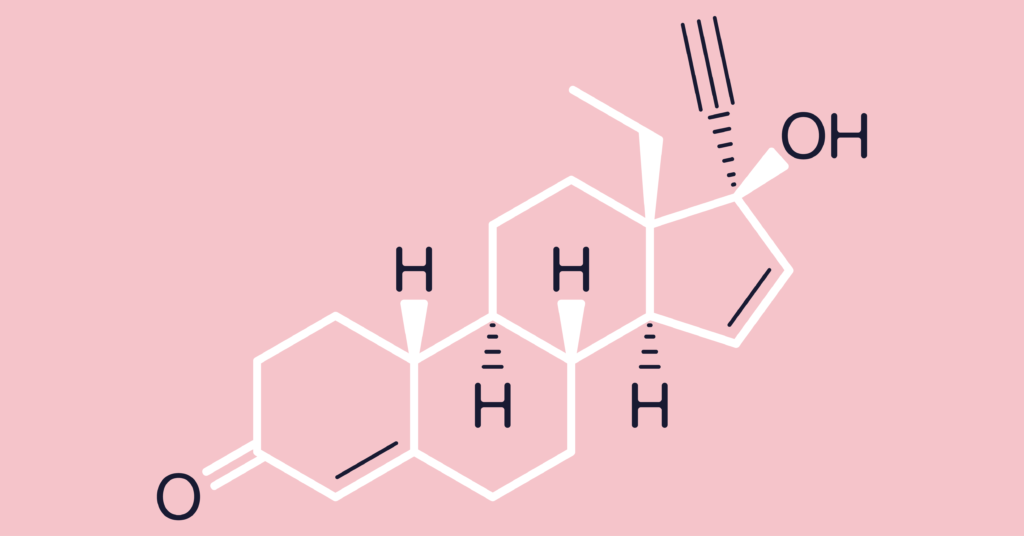 Gestodene is like that friend who never wants to go anywhere on their own; a third-generation synthetic progestin, it’s almost always used in the combined pill alongside synthetic oestrogens.

Gestodene is almost always used in the combined pill alongside synthetic oestrogens.

Gestodene is thought to have no or weak androgenic activity, so it’s often recommended for use by people who prefer a less-androgenic contraceptive1. In some countries, it’s also used as a form of Hormone Replacement Therapy (HRT).

Gestodene stops you from ovulating. When it’s used alongside ethinyl estradiol (a synthetic oestrogen) it also makes your cervical fluid too thick for sperm to pass through, and makes your uterine lining too thin for a fertilised egg to implant.

Yes, but it is weak1. (Check out our ‘Androgens’ blog for more info on what this means).