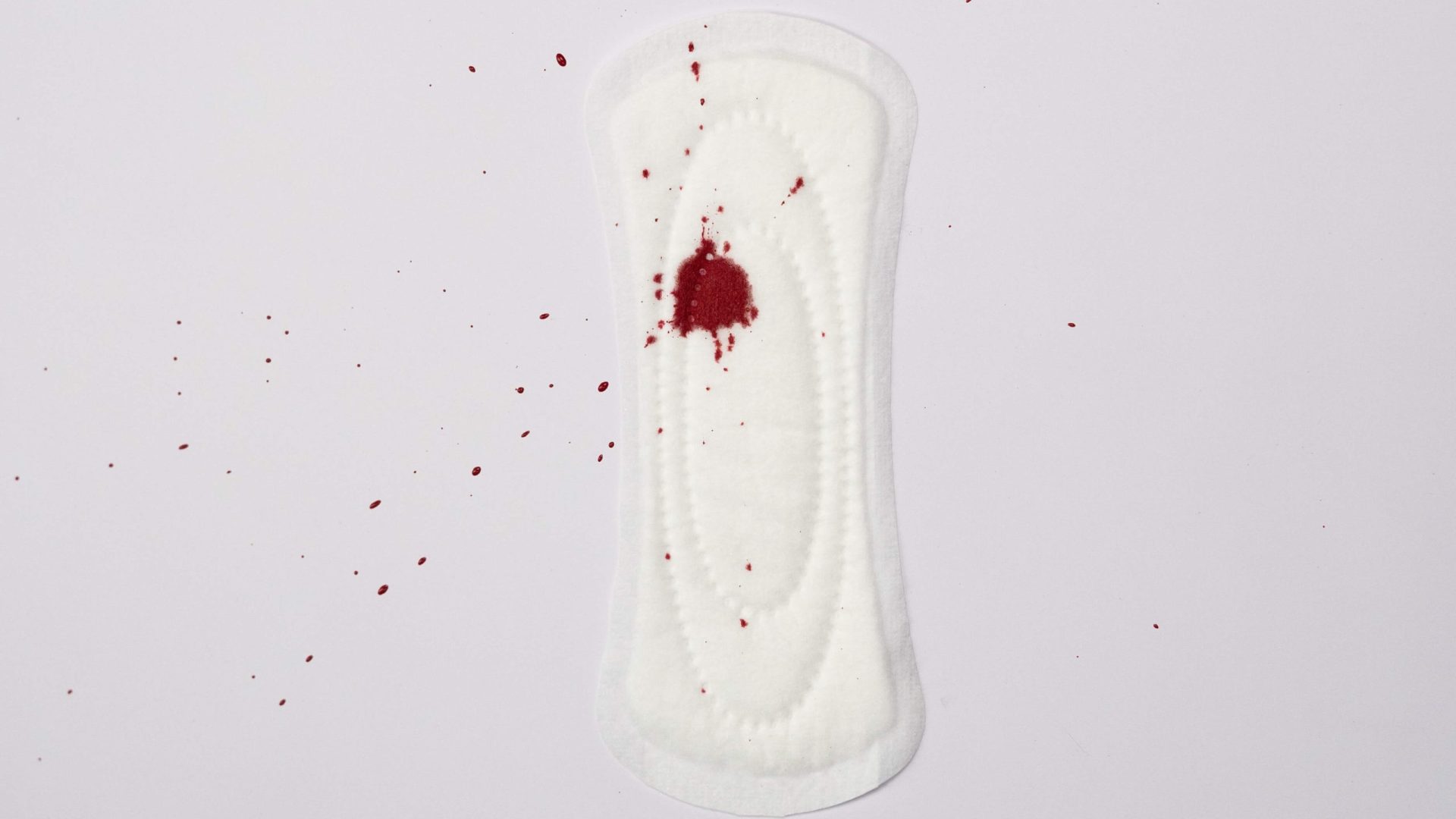 Not only do we have a (broadly) monthly period - there may be other times when you’re greeted by the unwelcome guest of a red splodge in your underwear. Here we share the lowdown on bleeding during ovulation.

In this guide we’ll look at blood and discharge of a spectrum of colours and consistencies, particularly in relation to ovulation. Throughout this whistle-stop tour of bodily fluids, we’ll look at the signs to watch out for, what the different symptoms could mean, and when to call the GP.

The beginning and end of your menstrual cycle is marked by your period. Somewhere in the middle is ovulation (in a 28 day cycle it’s roughly on day 14). It really isn’t an exact science though – research shows variance in ovulation date and cycle length which is only going to get more compelling as we accrue data from menstrual tracking apps. Now where were we…

In a nutshell, ovulation is when a mature egg is released from one of your ovaries into the fallopian tubes. In general, the 5 days before and 2 days after ovulation occurs is your ‘fertile window’ if you’re trying to get pregnant. You can read more about ovulation and the hormonal changes of the menstrual cycle in our guide.

What is ovulation bleeding?

Some women experience light bleeding or spotting around ovulation: during, after and the days before. This can be totally normal and studies have shown that mid-cycle spotting may affect around 4.8% of women. The figures vary however, as another study of women exclusively not on oral contraceptives showed a 13.3% rate of spotting mid cycle.

What causes ovulation bleeding and spotting?

Generally, the thinking is that the rapid drop in oestrogen around ovulation causes spotting mid cycle. However, evidence from other studies shows that there can be higher oestrogen levels around ovulation and during the luteal phase, as well as higher luteal progesterone and LH levels. (See our menstrual cycle guide for a refresher of some of those terms).

Basically, during ovulation there is a cascade of hormonal changes which occur and this is likely behind ovulation bleeding.

How do I spot (excuse the pun) ovulation bleeding and how long does it last?

Ovulation bleeding varies from pink to a light red. The flow is extremely light (enough to maybe need a pantiliner, but we aren’t talking pad levels). You might not even realise that you’re spotting until you go to the toilet and see blood on the tissue, or pinkish toned vaginal discharge.

Looking at your discharge throughout the month (I mean, what else is there to do these days), can be a nifty way to predict ovulation and whether it coincides with bleeding. Ovulation discharge is stretchy and raw egg-white like, peaking 1-2 days before ovulation, when oestrogen is highest.

Other signs to look out for:

Should I be alarmed about ovulation spotting?

For starters, don’t panic if you experience bleeding during or before ovulation. For some women, this is the normal physiological response that their body has to hormonal changes. And, generally, spotting between periods is fairly common, affecting up to 13% of those menstruating.

But, like with everything else, it’s important to visit your GP to confirm that the bleeding is not caused by something else (especially if it’s a new change to your bleeding pattern).

Other causes of bleeding during ovulation

Some women experience intermenstrual bleeding (basically any other bleeding between your period), or post-coital bleeding (this occurs after sex).

Reasons for these types of bleeding are:

All forms of hormonal contraception, including the combined and mini pill can be associated with irregular bleeding and spotting. We’re not exactly sure why, but evidence suggests it could be changes to the structure of the womb lining and its blood vessels, in response to the hormones in contraceptives.

Bleeding patterns differ widely e.g. 20% of women experience irregular bleeding on the combined pill within the first 3 months which tends to then settle. With the mini pill, the bleeding seems to be more unpredictable and unlikely to lessen with time.

Certain STI’s such as chlamydia or gonorrhoea can cause bleeding between periods. It is important to be regularly tested, as if left untreated these STI’s can develop into pelvic inflammatory disease (an upper genital tract infection with symptoms including bleeding, pain, abnormal discharge and fever).

Historically, studies suggested that implantation can cause light pink or brown spotting as the fertilised egg comes into contact with the blood cells of the uterine lining (6-12 days after ovulation). Many women do not experience implantation bleeding, and some studies have shown no link between implantation and bleeding – so the picture is unclear.

However, bleeding in early pregnancy is common, with 10-15% of women reporting it within the first 16 weeks. One study found that implantation bleeding was uncommon and it was more likely that women experienced 1 to 2 days of light bleeding around the time when their period would have been (around 5 days after implantation).

Up to 9% of women experience bleeding after sex. This can be associated with changes to the cervix due to:

Some of the above sounds pretty scary, but don’t panic. These changes can be identified on examination by your doctor or when you have your smear test – so please don’t put the appointment off when you get your letter through. No one will give a jot about your pubic hair or how you smell ‘down there’ and it’s over in a flash (then you can treat yourself to something nice). Just do it.

This is typically bleeding from the womb lining, and women tend to experience intermenstrual bleeding. There is a 30% likelihood of having post-coital bleeds too. Causes include polyps, fibroids (benign growths) and adenomyosis (thickening of the uterine tissue). These can often be identified by an ultrasound scan of the uterus.

Other causes include hormone imbalances where you aren’t ovulating properly (such as polycystic ovary syndrome) or thyroid dysfunction. If the cause is identified your GP can discuss treatment options with you, but sometimes there isn’t an obvious cause.

Moving onto vaginal discharge – is it normal?

Creamy, thick, sticky? Getting to know your discharge can provide insights as to what’s going on in your cycle. It is 100% normal for women of reproductive age to have discharge, it is meant to keep the vagina lubricated, a dry vagina would be very uncomfortable! Normal vaginal discharge will decline around the menopause, as oestrogen levels drop, and vaginal dryness is a recognised symptom of the menopause.

Normal discharge is white or clear and ‘non-offensive’ in smell (i.e. it’s not a bottle of Chanel no.5, but equally shouldn’t have a fishy or foul odour). Depending on your phase of the menstrual cycle, texture, quantity, and even smell, can change, most notably with the stretchy and slippery discharge leading up to and around ovulation. To get an idea of stretchiness, you should be able to slowly part your index finger and thumb, with the discharge able to stretch and expand in between.

How does the pill affect discharge?

All hormonal methods of contraception, including the combined and mini pills rely on the action of synthetic hormones, which thicken cervical mucus as a barrier to sperm penetration and increase vaginal discharge. Cervical ectropion can cause vaginal discharge, and this is also more common with use of combined contraception. Whichever pill type you’re on, it is completely normal to have increased discharge quantity or thickness.

And finally, when is discharge a sign of something else?

First up, any changes to colour, smell, quantity or texture of discharge are worth further investigation. You might also experience symptoms such as a burning sensation when weeing, itching and pelvic pain.

Changes to vaginal discharge may be due to:

If you’ve had thrush or BV before you may be able to recognise the symptoms. Most cases get better within a few days but you can also seek advice and over the counter treatments from your pharmacist, or your GP/sexual health clinic if needed.

In some cases vaginal discharge is due to an infection:

Your GP or sexual health clinic can diagnose the cause by listening to your symptoms, examining you and sending swabs from the vagina to the lab to be tested. 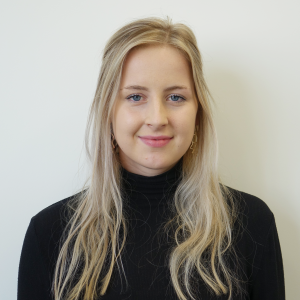