👇 What to do if your partner doesn’t want intimacy

Have things felt a bit “off” in the bedroom recently? Maybe sex has dwindled because he’s stopped initiating and now you’re worried why your boyfriend, husband, or partner doesn’t want sex with you anymore. It can really hurt and you may feel confused because one of the main cultural messages we receive about sex is, “men want sex all the time”. So why doesn’t your boyfriend want to have sex with you? Is it your fault? Does he not find you attractive anymore? Is he cheating on you?! You may be seriously worried about your relationship right now, but all is not lost, there are many different reasons for him losing his sex drive¹ and often they have nothing to do with you or your relationship.

Navigating sex and intimacy in a relationship can be a confusing at times, especially when you’re not sure why your partner doesn’t want to have sex. But it doesn’t have to be! If you‘d like to chat, I’m The Lowdown’s resident sex coach, and we can discuss everything from mismatched libidos, to a loss of intimacy, and lots in between. You can book an appointment here. 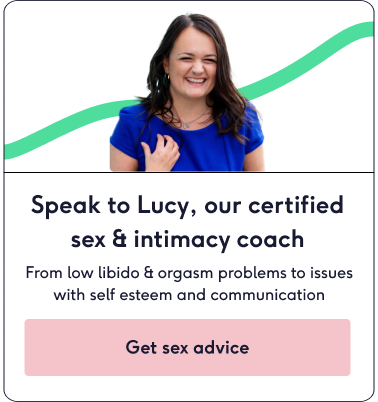 Let’s explore the most common reasons why they may not want to have sex right now and what you can do about it. 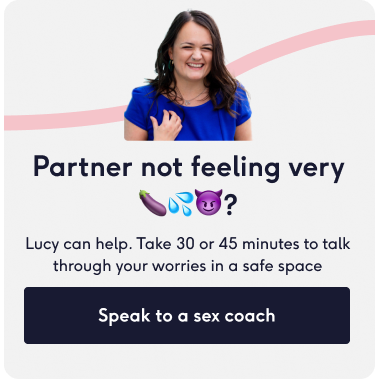 Losing his libido could be a sign that he has too much on his plate. Whether it’s his job, family stress, the ongoing stress of a global pandemic, the cost of living, childcare, a bereavement, caring for a relative, financial stress, or numerous other life stressors. Stress is one of the biggest factors in causing decreased libido² and desire for sex for people of all genders.

Men are also exposed to impossible beauty standards from the media and diet culture, and they can develop body image issues and anxiety around how they look too. Especially if he has recently gained or lost weight, had surgery, had an injury, or something else that has caused his physical appearance to change. Body image and weight have been shown to be linked to low self esteem and sexual confidence³.

Losing his sex drive could be an early sign of depression, anxiety⁴, a relapse, or that his mental health is generally not in a good place at the moment.

Certain forms of medication have consistently been shown to negatively affect libido, such as many forms of antidepressants such as SSRIs⁵, anti-histamines, and certain heart medications like beta blockers and medication for blood pressure⁶. This may be unwelcome news if his mental health has also been a cause for his loss of sex drive⁷, but there is a lot you can do about it, so your sex life is not lost!

Whether it’s a chronic condition, a health scare, a recent diagnosis that has required hospitalisation and/or endless testing and trips to see different doctors, physical illness is incredibly stressful and depleting that could be impacting his desire for sex. Recently, a few studies have shown a link between having had Covid-19 and erectile dysfunction (ED)⁷ — whereby men who have had Covid-19 are 20% more likely to have ED — along with the ongoing stress of the pandemic which has also had an impact on erections and libido. It could also be a signal of his overall health or an early warning of something that is wrong. It could also be simple as low testosterone⁸, so he may want to get his testosterone levels checked to see if that is an issue. 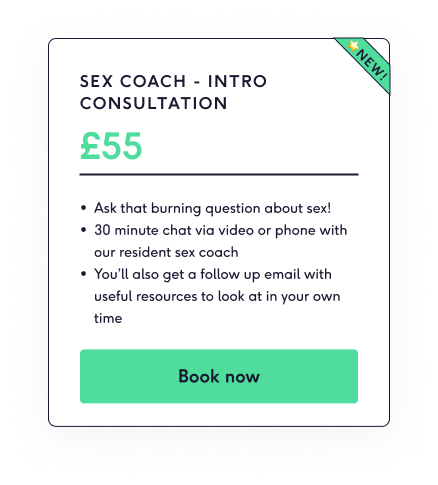 Even though you are the one using contraception and dealing with any unpleasant side-effects, your boyfriend could also be affected. If you are having symptoms from the form of hormonal contraception you are taking— like severe mood swings, depression, weight gain, fluid retention, acne, vaginal dryness, or a loss of sex drive yourself — your boyfriend may also be struggling. If he deeply cares about you, it will be very difficult for him to see you suffering, along with the stress it is putting on your relationship. It could also potentially be that he can feel the strings of your IUD or IUS during sex, which could be uncomfortable or even off putting for him.

Maybe the sex and intimacy you are having isn’t satisfying him anymore? Yes, it happens to men too! It is completely normal that your sexual desire for each other will taper off when you’re in a long term relationship or marriage. This is partly down to the change in brain chemicals as you come off the rush of dopamine and oxytocin which can be called, “The honeymoon period”, and settle into familiarity. It can also be getting stuck in a sexual routine, the stresses that come with living together and/or raising children, or simply that he has different erotic needs that are not being fulfilled. Or if he is somebody who previously has gotten bored in relationships and struggled to stay in a committed relationship, it could be down to his attachment style¹⁰.

He is on the asexuality spectrum

Asexuals and Demisexuals experience desire differently, and for many, the idea of penetrative sex is not appealing at all. Asexuality is a sexual orientation¹¹ and is not something to try and “fix” or “heal”.

Issues in your relationship

What to do if your partner has no desire for intimacy

If you need more specialist advice to help you navigate this difficult situation, then booking a session with The Lowdown’s resident sex coach (me!) could help. I offer a non-judgmental, affirming, and empowering space to explore some practical tools to help. 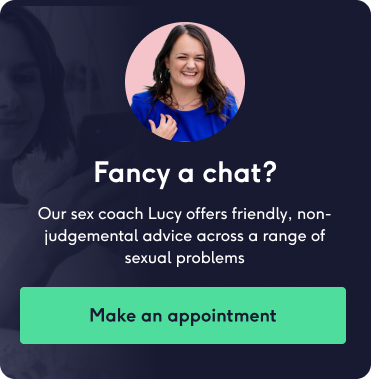 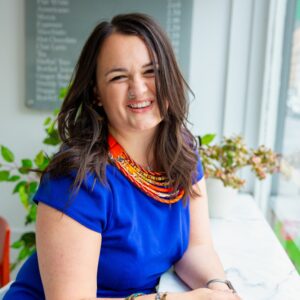 Lucy is a certified sexologist and sex coach who is passionate about helping women and people with vulvas let go of sexual shame and hangups. She uses a combination of mind-body tools with evidence-based sexuality education. Her speciality is working with people who come from faith backgrounds who are struggling to let go of sexual shame and enjoy pleasurable relationships again.