Is the morning after pill safe? 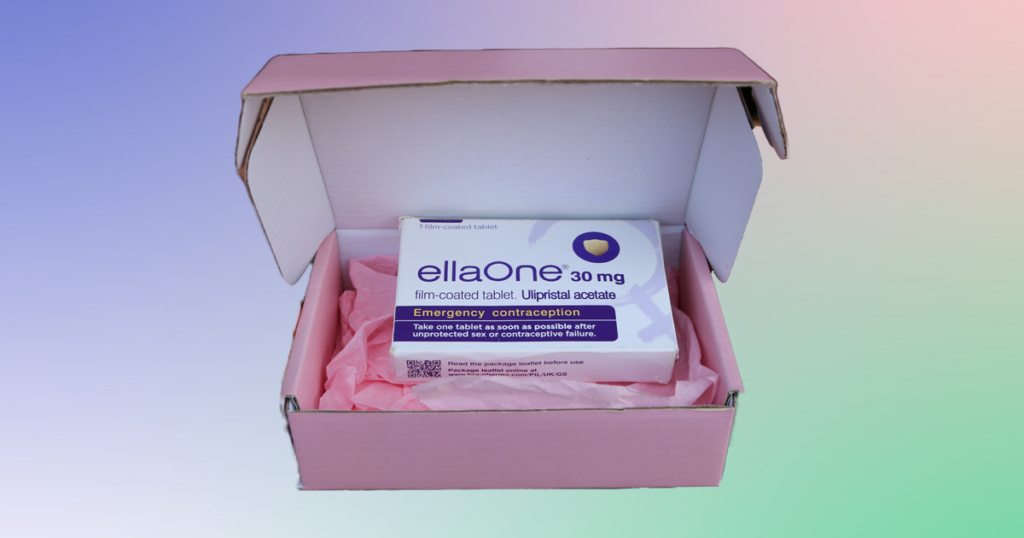 👇 Can the morning after pill make you infertile?

👇 Are there any dangerous side effects from the morning after pill?

👇 Is it bad to take it more than once?

👇 Is it dangerous to take more than one?

👇 Is it safe to take it when breastfeeding?

👇 Is it safe to take alongside other medication?

Most of us will have heard a rumour at some point in our lives about the ‘dangers’ of the morning after pill – whether that’s that you can only use it a finite amount of times, or that it could cause infertility. Well, we’re here to tell you this is just straight up wrong. But even if it doesn’t cause fertility issues, is the morning after pill completely safe to use? Here’s the lowdown…

What’s actually in the morning after pill?

Levonorgestrel-based morning after pills (like Levonorgestrel, Levonelle, Ezinelle and Plan B) contain the same type of synthetic progestogen hormone as the most common contraception pills, like Rigevidon and Microgynon. Levonorgestrel is a hormone that has been used in contraception for decades by millions of people around the world. In the morning after pill, progestogen is used to delay ovulation (the release of an egg ready for fertilisation), although scientists can’t agree on exactly how it works. Either way – we know it works.

On the other hand, ellaOne contains ulipristal acetate, which is actually a ‘synthetic, selective progesterone receptor modulator with a partial progesterone antagonist effect’¹. This basically means that it stops the normal functioning of progesterone in the body to prevent the surge of luteinising hormone (the one that tells the follicle to release an egg), thus delaying ovulation.

If we compare the amount of progestogen in the Levonelle morning after pill to the Microgynon combined pill and Cerazette mini pill, Levonelle contains 10 times as much progestogen than Microgynon, and 20 times more than Cerazette. While this dose seems much higher, it’s important to remember that this higher dose is needed as the pill is taken as a one-off to temporarily delay ovulation to prevent pregnancy, rather than as a daily pill.

Can the morning after pill make you infertile?

I’ll cut to the chase: no, the morning after pill will not make you infertile. It temporarily delays ovulation to prevent pregnancy, but there’s plenty of evidence to say that it has no long-term effect on fertility. The contraceptive pill also delays ovulation but over a longer period of time, and there’s no evidence to suggest this affects fertility once you stop the pill either. 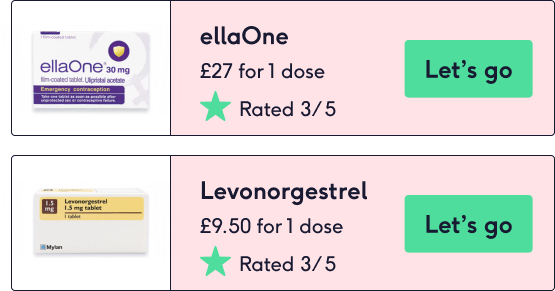 Are there any dangerous side effects of the morning after pill?

If any of these symptoms persist after a few days, or feel severe, speak to a healthcare professional. 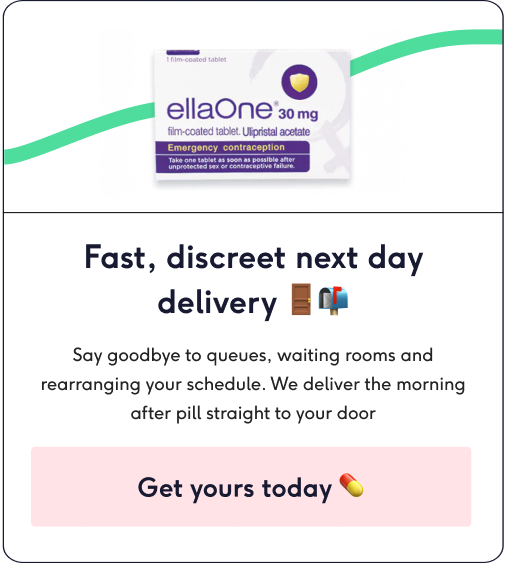 Is it bad to take the morning after pill more than once?

The morning after pill is not bad for you, and you can take it as many times as you need without any long term adverse effects, but you should not rely on it as an ongoing form of contraception. This isn’t because it’s unsafe, it’s simply just not as reliable or effective as other forms of contraception.

We have a more detailed guide on how many times you can take the morning after pill, but here’s a quick lowdown of the facts…

If you are taking the morning after pill more than once in the same menstrual cycle, or you’re later on in your cycle and there’s a chance you may have ovulated in between taking these separate doses, consider having a copper coil (IUD) fitted as it’s the most effective form of emergency contraception. The copper coil works up to 5 days after you’ve already ovulated and as a bonus works as ongoing contraception. 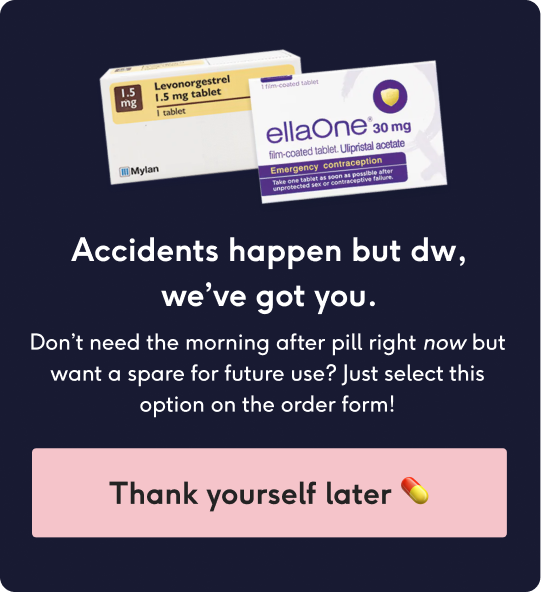 Is it dangerous to take more than one morning after pill?

There are some instances where you may be advised to take two doses of the levonorgestrel morning after pill (aka Levonelle, Ezinelle, Plan B). This could be for anyone with a higher BMI or if you’re taking other medications (which we’ll come to in a sec).

You should always stick to the dose advised by your doctor or pharmacist as a general rule, but it’s unlikely that you’d need to seek medical advice if you take one more morning after pill than needed. If you do, you may feel nauseous or experience some vaginal bleeding⁴.

Remember: taking more morning after pills than you need doesn’t mean you’re more likely to prevent pregnancy. It could actually have an adverse effect as you may end up vomiting, which can make the morning after pill less effective. If you vomit within 2 hours of taking levonorgestrel pills, or within 3 hours of taking ellaOne, it’s advised that you take another dose or have a copper IUD fitted.

Is the morning after pill safe to take when breastfeeding?

If you’re breastfeeding, you can use a levonorgestrel-based morning after pill³. The current UK guidelines for taking ellaOne (which contains ulipristal acetate) during breastfeeding say that while you can use this type of pill as emergency contraception, breastmilk should not be given to your baby for the following week; so pump and discard the milk to maintain supply³.

If you’ve just had a baby and want more guidance, check out our guide to contraception after giving birth and breastfeeding, written by our own Dr Fran. 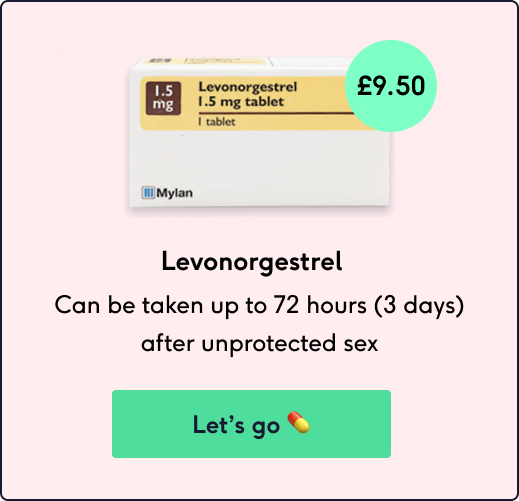 Is it safe to take the morning after pill alongside other medications? 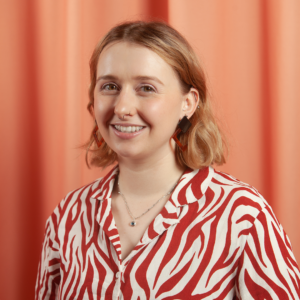 Georgia is our resident content know-it-all. Having worked across editorial, social, PR and comms roles for the last four years, Georgia will be leading us in growing our online presence and creating exciting content across our digital channels. She also hates writing bios. To see more of Georgia’s work, check out her website portfolio.