My contraceptive journey: It’s not you, it’s m-y implant 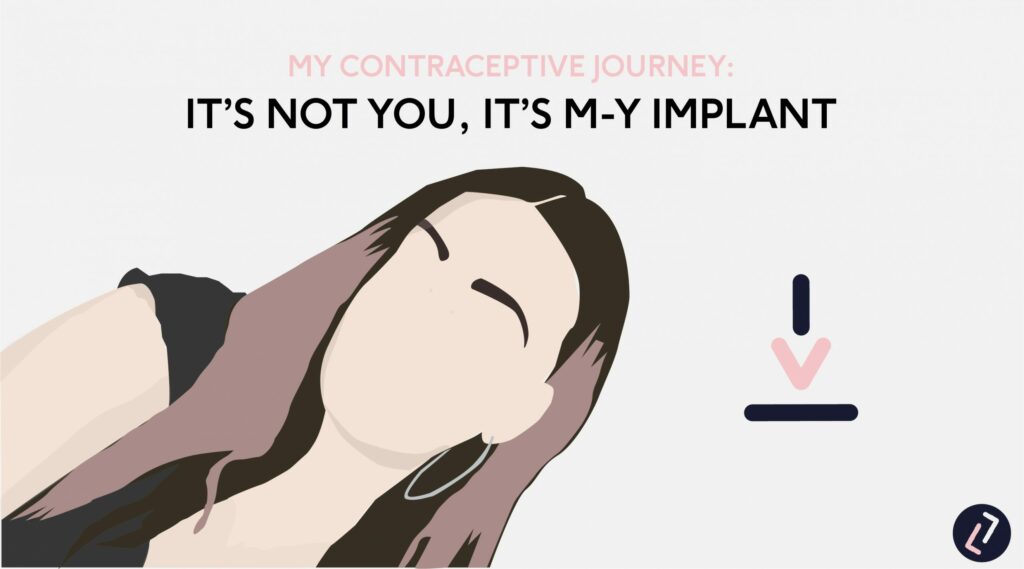 From being over the moon to being betrayed by her hormones, Dani gives us the lowdown on her experience using the implant

Deciding to go onto contraception can be a big decision for any woman and there are many different reasons for her choosing to do so. Here, Danielle Conlon tells of her experience with the implant.

When I got my birth control, I was over the moon! I had recently turned 22, just finished uni and was balancing a lot of fun jobs (and romances) at once. If I’m honest, I wanted to have more control over my body too. I was due to move to Spain to teach a few months later and I was 100% not ready to learn how to ask: “do you have the morning after pill’ in Spanish (I can say it now, but never needed to).

I’d been apprehensive to get any contraception for years due to horror stories of side effects combined with my inner battle of ‘why do I really have to?’. So, when I eventually made my way downtown to the sexual health clinic, I was on a mission – only to be turned away as, *spoiler alert*, you need to arrive at opening time if you want an appointment that day.

“I opted for a three-year subscription”

Instead, I opted for this simple, free three-year subscription. I loved the first six-month trial but now, I want to cancel it.

So, on a new rainy Tuesday morning in May 2019, I returned half asleep to the clinic but finally managed to get myself some contraception.

It’s weird how speedy the process is compared to the 3-hour wait at the clinic. The sexual health nurse gave a quick run-through of all the options available. The implant was my first choice because I felt like it was a safe choice in between the pill and the coil. You know when your mum would give you 30p after school on Friday when you were seven, and you had two minutes to make the choice between a Freddo or two small bags of Haribos? Yeah, it was akin to that kind of panic. My friends had (or have) the implant; some hated it, others thought it was the best contraceptive on earth. Now I’m thinking, I should’ve gone for the Freddo.

After it was placed inside my arm, I didn’t have many imminent after-effects. I went to work, I could kind of feel hormones travelling across my body; almost like Cinders transforming into Cinderella by the Fairy Godmother’s swish of a wand or Nexplanon. The implant didn’t take long to start changing things about my body. First of all, I stopped having my periods all together. Rejoice! One month without the monthly inconvenience was a dream. After two, three, four, five, six months, I was used to it. I did miss that shared fun of talking to your mates about being on at the same time, or blaming my time of the month for being unnecessarily angry at people on reality TV shows –

“Kim, would you stop crying, there’s people that are dying!”

There weren’t that many side effects other than the no-period situation. If anything, it was all overwhelmingly positive. I felt more confident, less tired and always incredibly happy. It was Hot Girl Summer, guys, in a big way.

But much like an ex without proper closure, the period came back, wanting to get back together.

Thus began my series of unfortunate side effects…

For me, what I had experienced in the first six months did a sneaky flip-flop as I went from no periods, no bloating, not a lot of crying to all of those things – multiplied. I was coming on my period every one to two weeks, not only that but they were a lot heavier than normal, my hormones were all over the place and I felt constantly bloated and uncomfortable. It got to the point where my eight-year-old students were asking if I was pregnant – not fun.

Now I make up for my lack thereof, and my time of the month is now times* of the month (*averagely 2 or 3). All the rest followed.

As many say, you don’t really put two and two together in these situations. Yes, I noticed a change in my weight, headaches, no interest in romance and low mood in contrast to how I had been feeling those six months before, but I didn’t think it was the implant’s fault. I blamed Spain. Lots of bread and cheese, horrible storms, my new 9-5 job, homesickness, bad dates – all of these could’ve easily been the culprit.

It was a real shaken-not-stirred cocktail of side effects. And it suddenly occurred to me that my birth control could be the problem.

My general wellbeing took a turn in the first few months of this year, which is coincidentally when my irregular periods returned. That ‘new year new me’ attitude never sat well with me and that combined with bad stormy weather and my missing home, I was not interested in my usual sangria silliness. When my wellbeing went a little downhill, it was joined by its not so welcome friends: low confidence and fatigue. Not only that but my relationships were definitely affected by this too. As I said, I didn’t have an interest in romance just as I didn’t have much of an interest in anything at that point. This is when I started to put two and two together, especially considering I used to LOVE dating. It’s one of the things I write about the most, a lot of people know me from my drama queen-esque dates. But when 2020 hit, I was over it.

“Hormones had betrayed me”

In addition, my period started for the third time that month. That’s when I definitely knew something was up. Once I had realised it wasn’t entirely out of the blue, I instantly felt better. I wasn’t pleased with the fact the hormones had betrayed me after such a good ride, but it was refreshing to know it wasn’t all me. An old date had messaged me asking what happened and why I had stopped speaking to him soon after that and I so desperately wanted to reply saying ‘It’s not you, it’s m-y implant’ but I ignored him instead (oops).

I had a plan to get my groove back though: I’d get the implant taken out at the Easter holidays when I was back in the UK, start actively trying to get myself out there more, go dancing with friends, attempt ‘couch to 5k’ and I’d be back and better than ever.
But guess what? Coronavirus happened. So, just as my mood was brightening and the weather was becoming the hottest I had ever seen in Spain, the country went into full-on lockdown. Now that was out of the blue.

I’m back in the UK now and do, in fact, still have the little bugger of my implant in my arm. I have been meaning to get it removed, but I’m still waiting until lockdown calms down a little more. Luckily, it hasn’t been an urgent problem and my mood and confidence have been a lot better. A global pandemic puts a lot into perspective. When coronavirus hit, complaining about period pain felt wrong as there were clearly more life-threatening things to be worrying about. That said, I was working less, so I was definitely less stressed and was able to rest up when I did feel poorly.

Going to a clinic or to my doctor to discuss my implant didn’t feel like an “essential trip” and so I shied away from making any appointments. I also didn’t want to risk catching or spreading the virus just because my periods were a little unstable; I felt like I could definitely wait the symptoms out.

Luckily though, as time went by, the symptoms started to become a little more bearable. I still have periods out of the ordinary, which is annoying, but I’m generally a lot less hormonal and bloated. I feel like I’ve learnt to manage it. Of course, when lockdown is over, I will still be getting the implant out!

It’s a common misconception (excuse the pun) that contraceptives can ‘make you crazy’, ‘make you fat’ or ‘make you depressed’. We should rethink our overuse of words like crazy, insane or using the word fat as an insult. They can for sure affect us in more ways than one, but they don’t ‘make us’ these things. It definitely helped, but we’re more than just a side effect. A small saving grace is that we’re not all in our feelings, alone.

Our bodies are pretty magical, after all.”

Contraception CAN change a lot of things but not always. My story will be entirely different from someone who was sitting next to me before my appointment. Unfortunately, we can never know how it’s going to go until we try it. Our bodies are pretty magical, after all.

What I found was, despite double-checking the potential side effects on the NHS prior to getting it, that it hadn’t really phased me. I was eager to get it and the pros outweighed the cons. Although I wouldn’t rate it 10/10 and it will certainly be my first stop when Boris says the UK is Covid-free, I don’t regret it at all.

The Lowdown allowed me to consider that there are thousands of ways contraception can go. You can love it, hate it, but at the end of the day, it’s not permanent.

Of course, and as stated in all contraceptive journey pieces, this is all subjective. As Danielle states above, what might work for one female might not work for another but it’s important we all share our stories so a little more light can be shed. 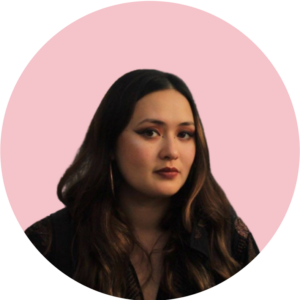 Dani handles all things community and customer support here at The Lowdown. With a background in travel, dating and food writing, she is keen to empower and support our community by being your lowdown big sister. You may recognise Dani from our Wired photoshoot and social media